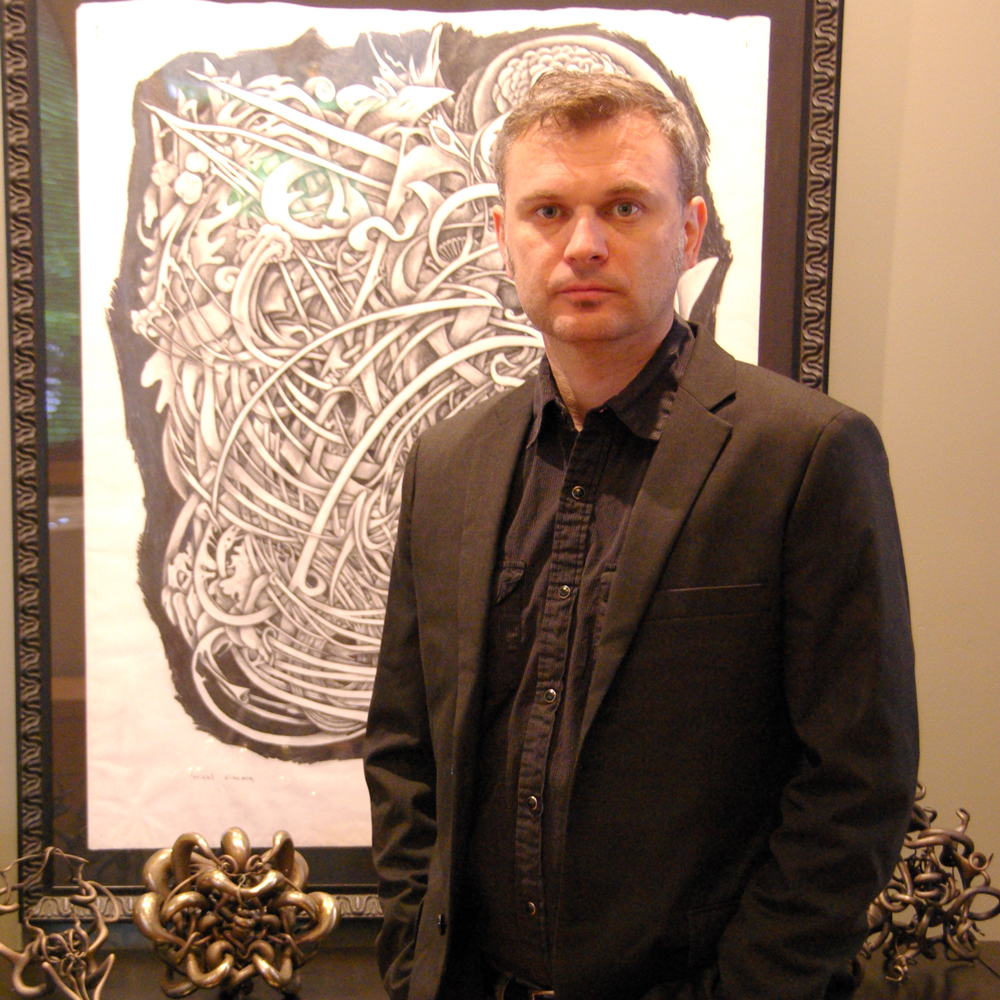 Joshua Harker (b.1970) is an American artist considered a pioneer & visionary in 3D printed art & sculpture.  His series of “unmakeable” technically complex tangles is credited as the first to break the design & manufacturing  threshold pf possibility.  His pursuit of a process to bring his works into the 3rd dimension culminated after nearly 20 years in a perfect storm of software development, materials engineering, & 3d printing technology advancements.  He went on to navigate the creation of his “Tangle” series in the archival material of cast bronze, thus bridging the traditional techniques of the past with technology of the present.  To fully appreciate the gravity of the pieces one must understand the practical impossibilities of their existence.  This has been considered a landmark event in the history of sculpture & the chronology of the 3D printed medium & has made him one of the most recognized artists in the field. His recent works are 2 dimensional pattern based explorations of 3 Dimensional forms. Along with his techniques, subject matter, & execution, his experimentation in the dissemination of his art through digital media & the internet has garnered him international recognition & acclaim.

My work is at its essence a journey of exploration & discovery… an attempt to peer into the unknown & share a glimpse of what’s out (& in) there;  to understand who we are & where we come from & find clues about how form & physical reality are perceived. A product of my time, I use technology not only because of its utter necessity in the forms I make but also that I feel absolutely compelled to make art with it, to humanize the inhuman as we’ve done with stone, clay, metal, & wood… digital data as medium, computer as chisel, & 3d printer as forge.

My work reveals a passion for the uninhibited and represents my quest for originality in the most literal sense.  Incorporated imagery & influences include organic mathematics (phi, knot theory, fluid & turbulence dynamics), vermicular & arabesque patterns. Stemming from 2D linear automatism explorations (pioneered by André Masson and practiced notably by Joan Miró, André Breton, Salvador Dalí, Jean Arp, and Pablo Picasso), my “Tangle” series are intended to interpret and share forms evident in the mind’s eye but that cannot otherwise be described. My intent is to explore and give form to the architecture of the imagination. By disengaging the conscious mind I am able to examine esoteric visions before they submit to a recognizable metaphor. I am then able to capture and refine them into the forms I command offering the opportunity to study their identity and structure. Intentionally, viewers are invited to exercise their own translation of my work in much the same way a Rorschach inkblot elicits various interpretations. The forms and images become uniquely personal to the viewer through this psychological dialogue. My art bears qualities of neo-surrealism, tachisme abstract expressionism, and is invariably contemporary.

Recently I have begun to apply this practice to representative forms. The linear pattern work is an exploration of the 3 dimensional surface. It gives a new identity to the shape & invites the viewer to discover the form through the gentle visual lead of the pattern, particularly natural dividing and winding formations (roots, vines, neural networks, cardiovascular systems, fracture patterns, etc). This has been an exploration in how 2D designs can influence the interpretation of 3D form & geometry.

Bolstered by the advent of sculptural softwares, 3D printing technologies and material engineering, my visions are now able to be realized sculpturally in archival materials including metals, plastics, & ceramics. Never before have forms of this organic complexity been able to be developed and reproduced. Previous processes simply did not allow for it. This boon of technology is a revolutionary time for the arts and one which will be boldly marked in history.  I am honored to be considered one the pioneers in the medium. 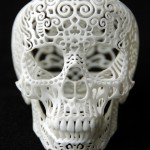 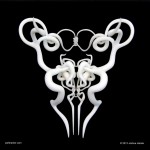 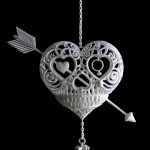 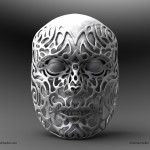 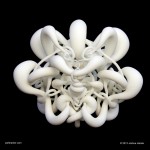 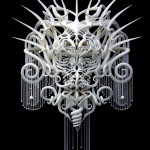 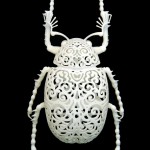 all designs by: Joshua Harker