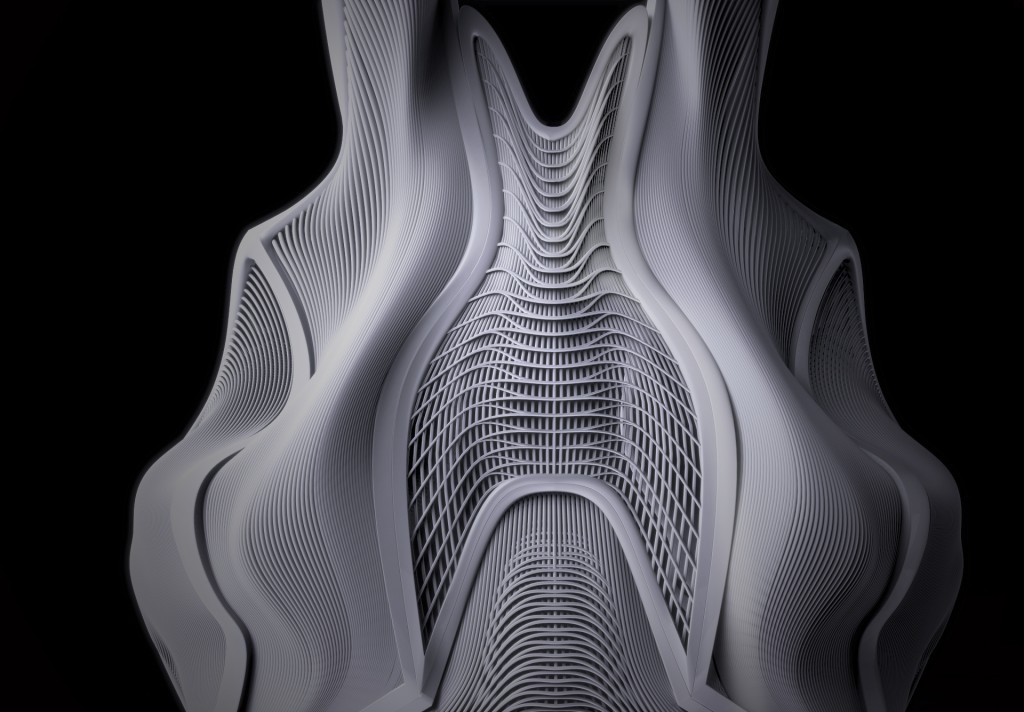 Unveiled in September 2013 at the Volkswagen booth during the lnternational Motor Show (lAA)
in Frankfurt, the Smoke Dress automatically creates a veil of smoke whenever someone steps into the personal space of the wearer. The dress is embedded with proximity sensors and a back-mounted, 530 gram, smoke system. Silicon-based smoke fluids ensure that the perfect density of smoke is created. 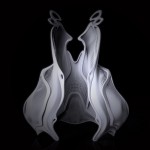 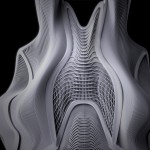 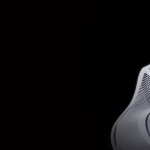 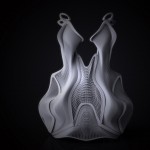 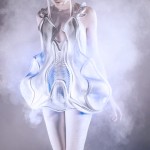 Made out of polyamide and TPU 92A-1, the first fully-flexible 3D printing material, the dress was produced by Materialise to both provide support to the embedded sensors and smoke system, as well as to have the look and feel of ultra-futuristic fabric. Materialise’s 3-maticSTL software was used to create an assembly system for the five different pieces of the dress. And Materialise’s Magics software was used to fix and prepare the design file for 3D printing with laser sintering.

“With interactive designs, the intimate space around the wearer is not that often explored, and
with projects like the 3D printed Smoke Dress, I like to create a new kind of dialogue – between
our bodies and our surroundings.” Anouk Wipprecht